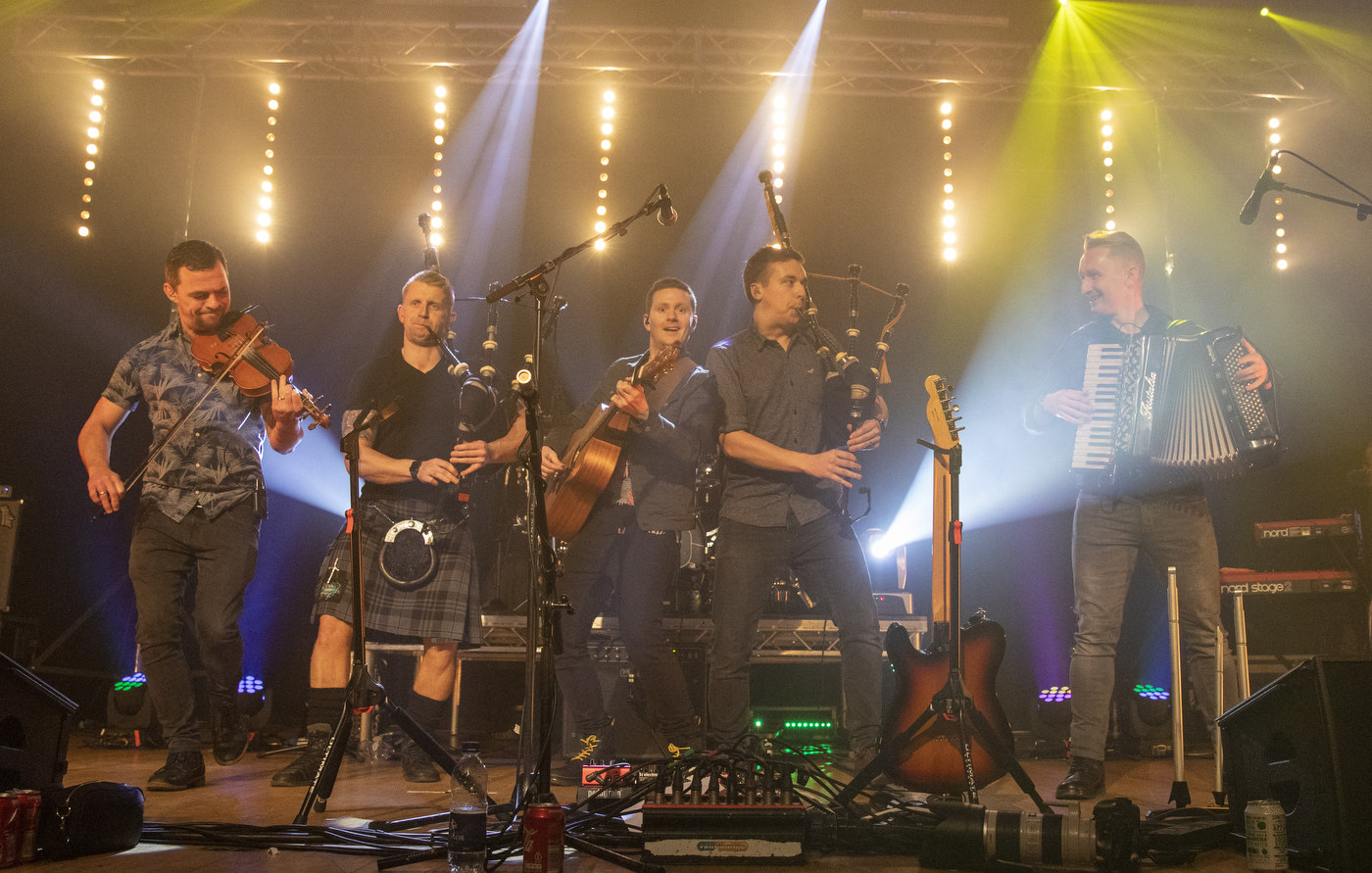 Over the last 16 years, Skerryvore have brought their performances to audiences across the globe, from their early days in Scottish West Coast halls and bars, to Festival crowds in USA, Canada, Australia and throughout the UK and Europe. Picking up Scottish traditional music’s ‘Live Act of the Year’ twice on the way – the band’s wide range of influences and talent produce a musically expansive, high energy set that excites and captivates audiences. Their 6 studio albums demonstrate the wide range of influences the individual musicians bring to the mix – a unique fusion of folk, trad, rock and Americana, with even some jazz in there!

The impact of the Covid-19 crisis decimated the band’s touring and performing calendar for 2020, and well into 2021. During this time Skerryvore explored and developed alternative performance possibilities, including live streaming and virtual performances.  The band’s single, ‘Everyday Heroes,’ recorded from home, and aided by a variety of musicians from across the country, reached number one in the official Scottish charts and, so far, has raised several thousands of pounds for NHS staff charities.

In January 2021, Skerryvore were put on to the BBC Radio 2 Playlist for 6 weeks with their song ‘You & I’, with 2 weeks on the prestigious A List.  Multiple daily plays, and a great response from the presenters, has seen Skerryvore reach a whole new fanbase. It is extremely rare for a ‘non-mainstream’ independent artist to be placed on the list so the band feel incredibly honoured to have received this recognition.

Skerryvore create a unique a feel good sound of folk rock.. with a mix of fiddle, accordions, pipes and whistles, alongside guitar and vocals, underpinned by driving bass, drums and keys.

buy authentic accutane online “Such a fresh, real, new sound… I love it”