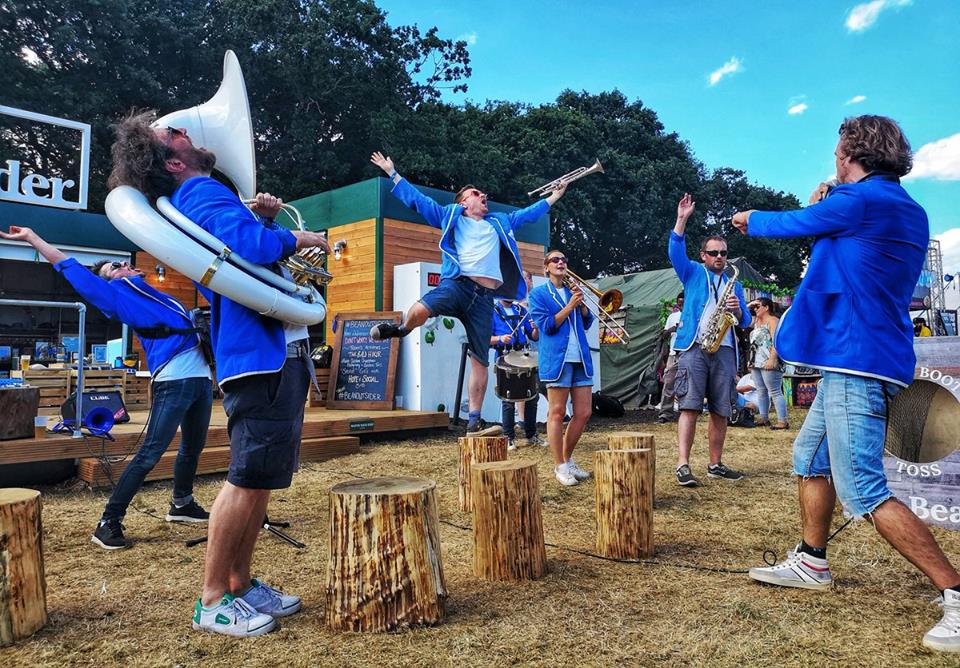 http://heavenlyplastics.com/what-is-hell/kermit-1651325_960_720/ From street performance to all inclusive music workshop, and everything in between, A Street Band Named Desire is a flexible and accessible New Orleans street band version of Hope and Social. It’s still filled with the tunes, passion, audience involvement and all the self deprecating humour you’d expect from Hope and Social, but it’s entirely self contained and portable. Stemming from a chance drunken purchase of a number of blue and white plastic brass instruments in early 2017, and a personality disorder that means we only want to do impossible things, it grew into a beast in its own right. Capable of just performing or capable of taking up to 20 participants from zero brass instrument experience to playing brass and dancing like Bowie and Jagger with Hope and Social in just one hour, participants can be aged 10-100 and require no musical knowledge.

All instruments for participants will be provided by Hope and Social.

Hope and Social’s A Street Band Named Desire has been commissioned by Durham Brass Festival, Grassington Arts Festival, This Green Moon and Moonbeams festival. It has taken place in fields, forests, tents, schools and workplaces. Plastic brass instruments are provided in a unique sponsorship deal by P-Bone – inventor of the world’s most popular plastic trombone. Its creation was funded and assisted by Arts Council England and Durham Brass Festival. A Street Band Named Desire can be booked as a straight band performance, workshop only, or any combination of the two.

The following options are available.

All variations can be booked for festivals at a discounted rate when combined with a main stage booking.