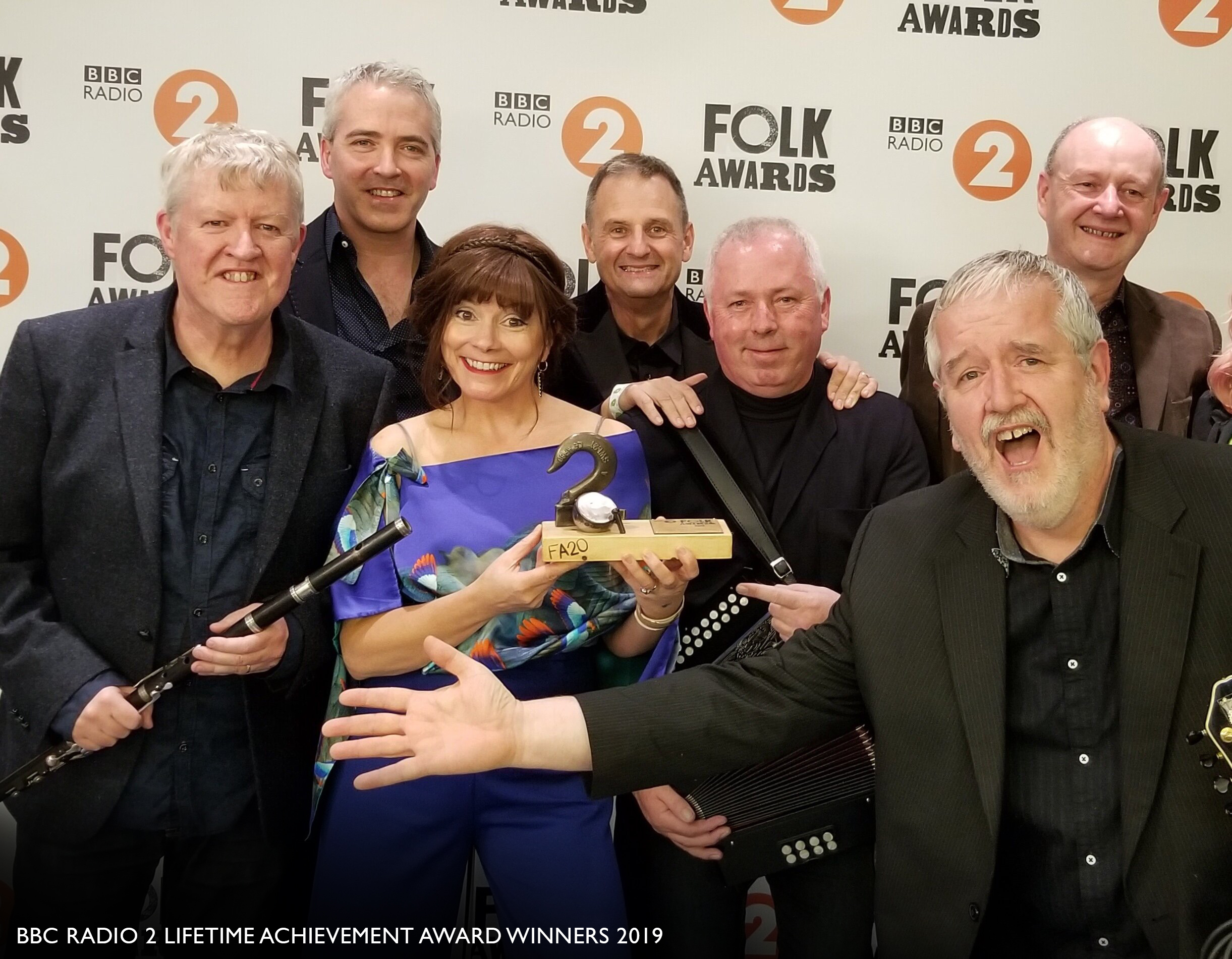 We are overjoyed to welcome Dervish to the Apex Music International roster, one of the world’s most creative interpreters of Irish folk music.

At the end of 2019 Dervish received a prestigious lifetime achievement award from the BBC, a fitting tribute to the band after over 30 years of recording and performing all over the world. Described by the BBC as “an icon of Irish music”, the band have played at festivals from Rio to Glastonbury. They accompanied the Irish President on state visits to Latvia and Lithuania and Prime Minister of Ireland on a trade mission to China as Cultural Ambassadors taking time out to play an impromptu session on the Great Wall of China. Dervish have a line-up which includes some of Ireland’s finest traditional musicians, fronted by one of the country’s best-known singers, Cathy Jordan.

Having devoted the last three decades to gently reinventing the traditional songs of their Irish homeland, Dervish were widely celebrated in 2019 for their album The Great Irish Songbook which featured such luminaries as Vince Gill, Rhiannon Giddens, Steve Earle and others.

The Guardian newspaper commented: “Dervish are simply brilliant. . they carry Irish history with them.” Dervish are long-established as one of the biggest names in Irish music internationally. They’re renowned for live performances, which match dazzling sets of tunes with stunning interpretations of traditional songs.

Founding members were childhood friends in County Sligo, the same creatively fertile ground that spawned a group of legendary fiddle players who emigrated to the U.S. in the 1920s, who then recorded the first known Irish-music albums of any genre. As young musicians in 1989, the band members were commissioned to record an album of music from the renowned Sligo tradition. Despite feverish response from all around the world, Dervish turned down record-deal offers and launched their own label, releasing their sophomore effort Harmony Hill in 1993 and immediately saw the album climb the Irish mainstream charts and International Roots music charts.

Through the years, Dervish has appeared with the “great and good” of the entertainment industry at some of the world’s biggest festivals, from Glastonbury to Rock in Rio, while steadily making their name as one of the foremost purveyors of Irish folk music.

As they approach their 32nd year, Dervish again prove the enduring significance of even the most timeworn songs.