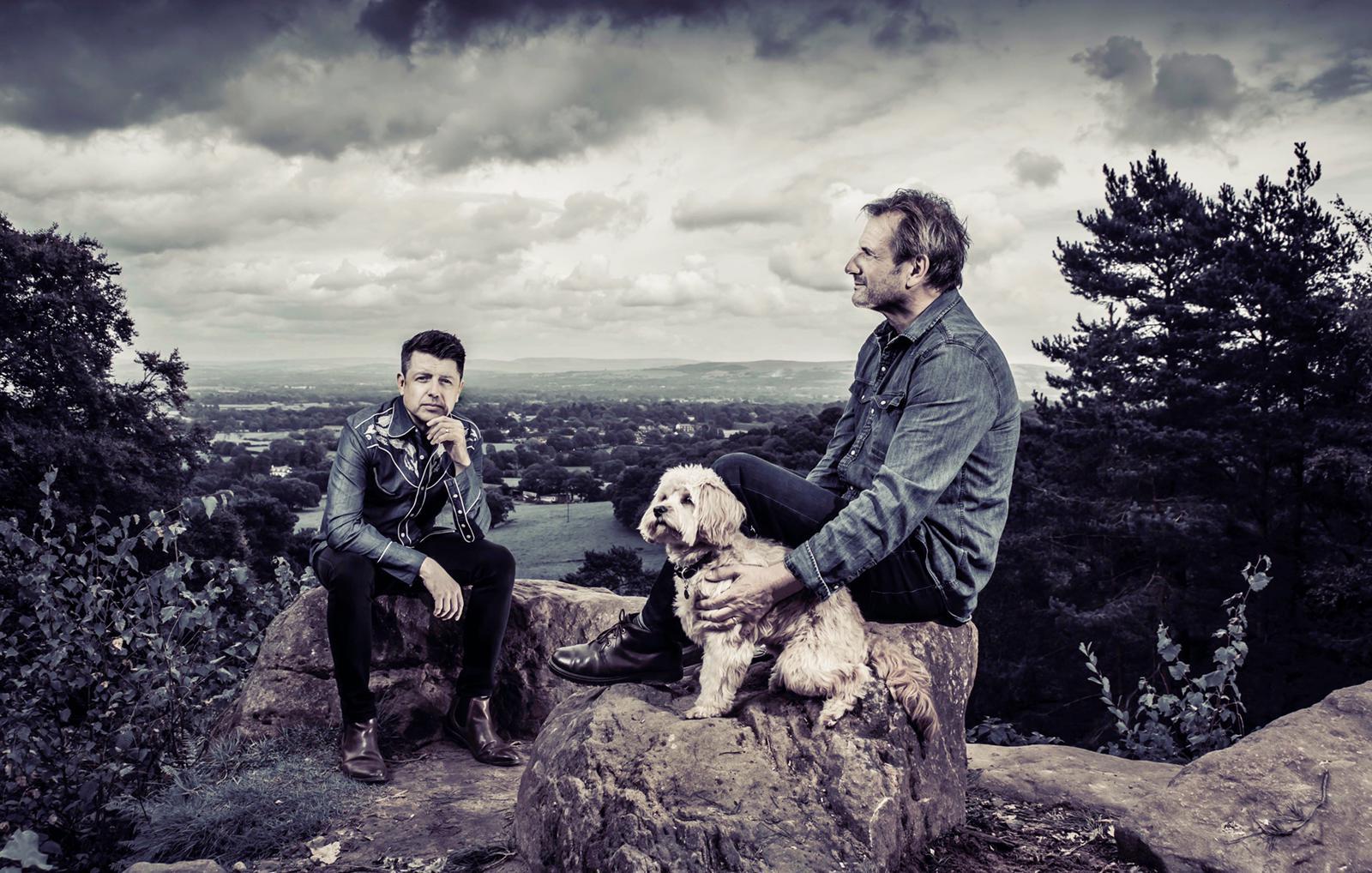 unattractively Mark and David are singing, songwriting, strumming and swigging buddies from the badlands of the Cheshire Plain.

Radcliffe has been on BBC national radio since the early nineties and currently hosts the Radio 2 Folk Show and weekend breakfast on 6Music. He is also the author of five bestselling books, the latest being ‘Crossroads – In Search Of The Moments That Changed Music’. Previously a member of folk rock bands The Family Mahone and Galleon Blast, he is currently one half of electronic duo UNE and drummer and lyricist for Americana band Fine Lines whose lead singer and guitarist is….

David Boardman. A consummate guitarist and guitar teacher, David cut his teeth on the rock circuit with Darktown Jubilee touring not only the UK but also North America and Canada. A gifted visual artist, Boardman met Radcliffe in their hometown of Knutsford where their writing partnership soon paid dividends.

Their act is one of classic simplicity: two voices, two guitars, some great original songs, the odd carefully chosen cover and the occasional rambling anecdote. It might not sound like much but they seem to be getting away with it….so far.