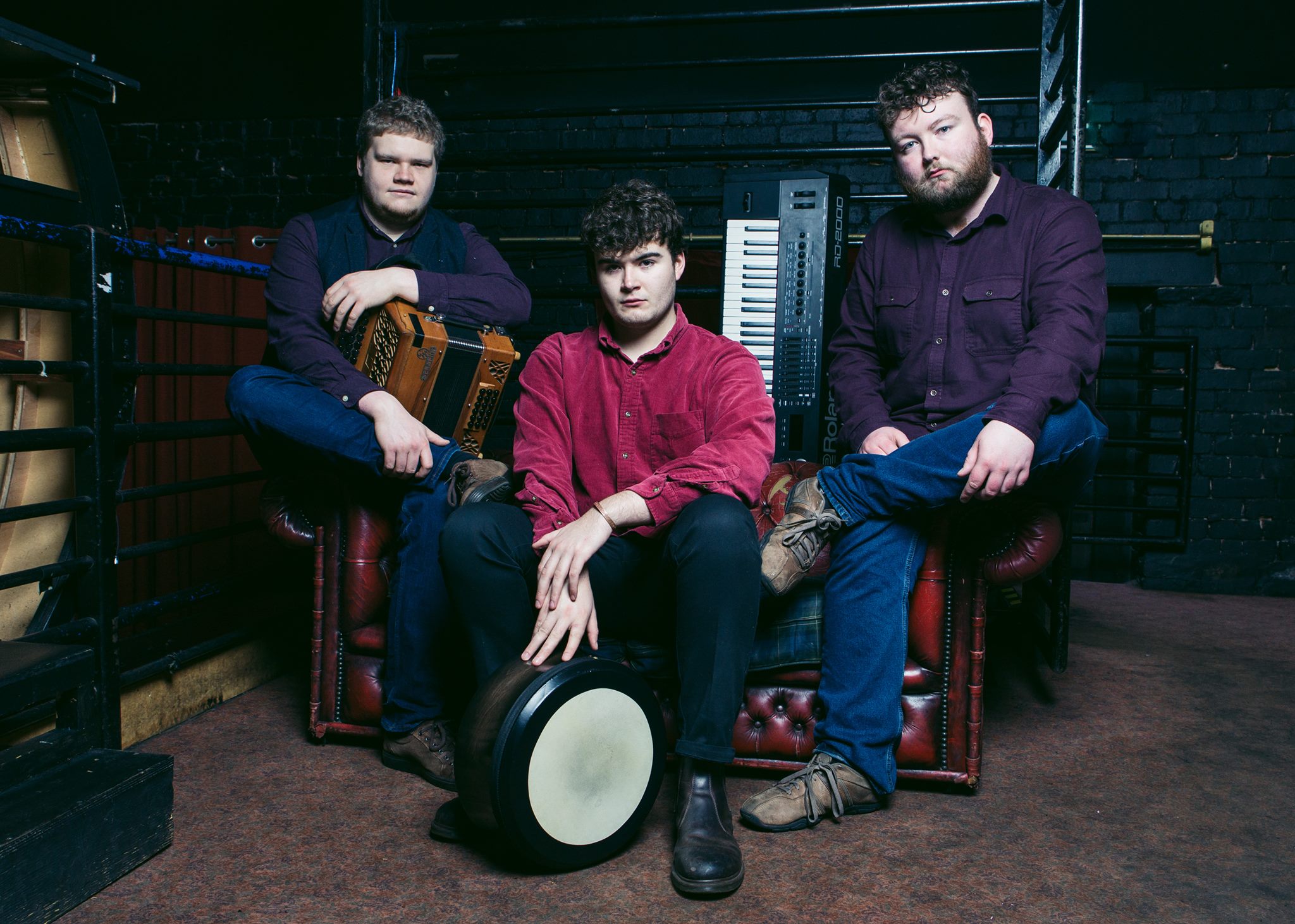 order isotretinoin over the counter The Canny Band are Sam Mabbett, Michael Biggins (BBC Young Traditional Musician of the Year 2021) and Callum Convoy. A rare fusion of piano, diatonic button accordion and bodhran, the band have stormed the Glasgow traditional music scene and gained numerous high-profile appearances including recent performances on BBC ALBA and BBC Radio Scotland. They also recently won ‘Up and Coming Artist of the Year’ at the 2021 MG ALBA Scots Trad Music Awards.

Prior to this, the band already have several awards under their belt including a Trip to Birmingham festival Molloy Award, a Celtic Connections Danny Kyle Award and Hands up for Trad’s Battle of the Folk Bands. Fellow stalwarts of Glasgow’s fertile session scene, the already-seasoned trio cook up an expert, effervescent mix of trad-based material with borrowings from classical, jazz and beyond, focussing more recently on self-penned material.

The bands eponymous, self-released debut album is to be released on the 18th of April 2022 and features mostly self-penned tunes, arranged in their own distinctive style.

The album features a mix of fast paced reels and jigs which are broken up by slower, sensitive and more carefully arranged numbers such as Helens Song and Jacobs Waltz. Borrowings from other styles are evident in tracks such as Musette À Govan, where a newly composed French style musette waltz takes centre focus. Also in The Canopy, where the band commissioned Glasgow-based Jack Badcock to write a song over an already existing skeleton arrangement.

The recording process was carefully considered, the piano and bodhran were recorded on location at Paxton House in the Scottish borders where they kindly let us use their Steinway Model B grand piano. The accordion was recorded in SAE institute in Glasgow. The album was engineered, mixed and mastered by Scott Turnbull.